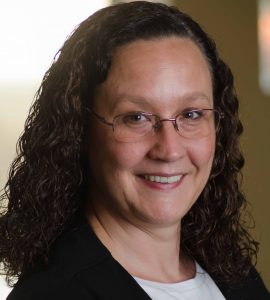 Ms. Guage graduated from Kean College of New Jersey in 1993, earning a B.A. in Political Science/Criminal Justice. In 1996, Ms. Guage graduated from Brookdale Community College earning an A.A.S. in the Paralegal Technology Program. In 2000, Ms. Guage received her J.D. from Benjamin N. Cardozo School of Law. During her first year of law school at the Claude W. Pettit College of Law, she received the CALI Award for Excellence in Legal Research and Writing II. While completing her last two years of law school, Ms. Guage served as a law clerk to a general practice firm.

Ms. Guage was admitted to the New Jersey State Bar Association in November, 2000, the Bar of the United States District Court, District of New Jersey, in December, 2000 and the New York State Bar Association in January, 2001. Prior to joining Garces, Grabler & LeBrocq, Ms. Guage also volunteered in the legal clinic in Union Beach, New Jersey for several months after SuperStorm Sandy. Currently, Ms. Guage is responsible for workers’ compensation files.

I didn't know what to expect at first but the staff as well as the representation was top notch. Would easily have them represent my family again if needed.

knowing GGL is amazing too me, they took up my case from beginning to the End . Big thanks to plainfield office and Brunswick office, i don’t expect what i got back from my case . Thanks to my case manager and my Lawyer. 100% sure to recommend you to my family and friends who will needed you . once again thank you all

Plaintiff was a passenger in a vehicle that was rear-ended by an intoxicated driver. She sustained injuries to her neck, back and knees leading to pain management procedures, as well as spine and knee surgeries.

Plaintiff was a passenger sleeping in boyfriends vehicle when an intoxicated defendant ran a stop sign striking plaintiff’s vehicle in the passenger side door. The vehicle rolled over and plaintiff sustained multiple fractures. Treatment included multiple surgeries including facial reconstruction.