Edward F. Szep is an associate attorney at Garces, Grabler & LeBrocq in the Firm’s Personal Injury Department. Mr. Szep has devoted his entire legal career to helping clients injured as the result of the negligence of others, as well as representing victims of workplace discrimination, harassment and wrongful termination. 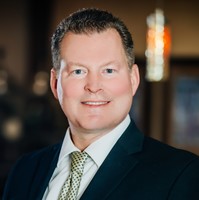 Edward F. Szep is an associate attorney at Garces, Grabler & LeBrocq in the Firm’s Personal Injury Department.  Mr. Szep has devoted his entire legal career to helping clients injured as the result of the negligence of others, as well as representing victims of workplace discrimination, harassment and wrongful termination.  He has handled every phase of civil litigation, including trials, depositions, motion practice and settlement negotiations.  Mr. Szep has successfully resolved cases throughout the State of New Jersey and has argued in the Appellate Division of the State of New Jersey.

After graduating from Montclair State College with a bachelor’s degree in American and European History, Mr. Szep earned his law degree from Seton Hall University School of Law, where he served as a Student Attorney at the School’s Center for Social Justice/Consumer Law Project.  While in law school, Mr. Szep also participated in the Essex County Public Defender’s Office/Pro Bono Program.

Mr. Szep lives in Hillsborough, New Jersey, with his wife, who was born in Colombia, South America, and their two children.

Bachelor of Arts with Honors-Cum Laude, American and European History

Employment Law
Failure to monitor and restrict employment to those legally allowed to work in the U.S. would subject the employer to sanctions.The law requires all employees to complete form I-9 with supporting documents to the employer upon hire. The employer is required to verify all documentation within three days of hire...
Read more

Employment Law
New Jersey Employment Law Attorneys. Discrimination in the Workplace No one should ever have to suffer racial bigotry, age discrimination, or a sexually hostile work environment and the accompanying humiliation. Workers are too often the victims of abuse and job discrimination by their employers. It is entirely illegal for any employer to discriminate...
Read more

Employment Law
New Jersey is an “at will” employment state, meaning your employer has the right to fire you for just about every reason, whether or not there’s actual cause. Even if your boss just doesn’t like you for personal reasons, in our “at will” state, firing you likely isn’t against the law...
Read more

Thank you for being the stars of optimism that you are---effortlessly assiduous personification of habitual brightness, legally going for the gold medal.

(Translated by Google) If you are looking for a good lawyer. I recommend them excellent attention and they help you as much as they can ✨🙌🏻 (Original) Si buscan un buen abogad@. Se los recomiendo excelente atención y te ayudan en lo que más puedan ✨🙌🏻
Recent GGL Victories
No items found.
Facing a Legal Issue that Requires a Great Attorney? Let One of our Experienced Lawyers Help You Through it.
Tell us about your legal issue using our contact form, or give us a call. We have helped thousands of clients realize a positive outcome in their case.
Free Case Consultation
(800) 923-3456
Contact Us
William J. Garces
founding Partner
Full Bio