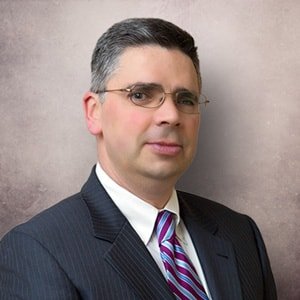 Mr. Araujo is licensed in the States of New Jersey, New York, and the Commonwealth of Pennsylvania, and related federal courts. In addition to these states, he has been involved in litigation matters in Michigan, Brazil and immigration courts throughout the United States. Art has completed business transactions involving the purchase/sale of real property and businesses such as restaurants, bars, gas stations and manufacturers. Mr. Araujo was winning counsel in the tax matter of Liapakis v. State Dept. of Treasury, Div. of Taxation, 363 N.J. Super. 96 (App. Div. 2003).

Mr. Araujo attended college at Rutgers University and earned degrees in Accounting and Philosophy. Prior to practicing law, Mr. Araujo was an auditor at the accounting firm of Deloitte & Touche. During law school, Art was the Article Editor for the Seton Hall Legislative Journal and published Federal Surface Transportation for the 1990s and Beyond: Moving Ahead? 16 Seton Hall Legis. J. 685 (1992). He was a member of the Moot Court Board. Following graduation from Seton Hall University School of Law, Art completed his LL.M. in taxation at New York University School of Law.

Adding to his commitment to the law and the effective representation of clients, Art is fluent in his native Portuguese language and proficient in the Spanish language. Additionally, Art earned the Steuben Society of America award for German language studies. He is an extensive world traveler, having visited over 85 countries, and is active in his community’s affairs.

“I want to confirm that we did receive the check. We would like to thank you for your representation and all of your work performed that provided us with a great result.” – actual client review.

Regarding Arlindo B. Araujo
‍

Thank You so much for handling this case with that professionalism that I’ve know you guys for. Have a happy new year!
Ileana Balazs

Personal Injury
Car accidents can be complicated to deal with in the best of times. When it comes to an accident with an Uber or other rideshare service, filing a claim and receiving compensation can be even more complex. Today, rideshare services are incredibly popular due to how convenient they are, especially in areas where taxis aren’t seen as frequently.
Read more

Personal Injury
Property owners who own and operate property are legally responsible for the safety of those who are on their property. They must maintain the property in a safe manner, in an attempt to protect people from foreseeable dangerous situations...
Read more

Personal Injury
In cases where allegations of abuse are made, typically the defendants are the institutions that allowed the abuse to continue, undetected, without intervention or warning the victims of the abuser’s propensities. New Jersey Catholic Archdioceses Independent Victim Compensation Program...
Read more

knowing GGL is amazing too me, they took up my case from beginning to the End . Big thanks to plainfield office and Brunswick office, i don’t expect what i got back from my case . Thanks to my case manager and my Lawyer. 100% sure to recommend you to my family and friends who will needed you . once again thank you all

If you have any problems with a DWI let Jonathan Kessous take care of that, experience and great handling of my personal court date. Thank you Jonathan!!!
Recent GGL Victories
$100,000
Auto Accident

28-year-old motorist was traveling in stop and go traffic on the parkway when (policy limit) the vehicle driving behind him struck him and subsequently pushed him into the vehicle in front of him. The accident resulted in injuries to his back, left leg, and groin area.

47-year-old warehouse employee was crushed by a truck between the loading dock of the warehouse resulting in sever bodily harm.

A 27-year-old pregnant woman went to the hospital when she was dilated three centimeters and had a fever. The doctor would not deliver the baby via C-Section. The woman waited twenty hours until the doctor was forced to deliver the baby via C-Section. The baby suffered permanent brain damage and Cerebral Palsy due to the doctor’s failure to manage the pregnancy.